The New Testament and Its Message: A Survey

The New Testament and Its Message is an attempt to capture in but a few pages the history, the events, the people, and the Person as they converged in the first century to change man’s relation to God forever. We enter into a middle eastern bazaar, a bustling, dusty crossroads with all its sights, sounds, and intrigue. It is a crossroads in every aspect: between the Messiah and His Church; between Jewish and Greek cultures; between peace and persecution, past and future, tradition and Truth, timidity and triumph (and even superhuman courage); between the wisdom of man as represented in the ruling authorities of the day and the wisdom of God emblazoned through the Holy Spirit upon the unlikely heroes—fishermen and a once-blinded Pharisee.

The central figure is the carpenter’s Son, revealed to the world in these pages of Scripture as the King of kings. Today as then, we can know Him personally as Jesus—our Savior, our Lord, and our God!

A Glorious Institution: The Church in History

Part One: When the Church Was Young A.D. 33–754 focuses on the early growth of the Christian Church, developing from a small assembly of believers in Jerusalem to become a vast spiritual kingdom touching the lives of millions in many lands. Under the influence of Church Fathers and councils, carefully worded creeds guided the core doctrines of Christianity. The saints were persecuted at the hands of Jews and then Gentiles, but the Church miraculously survived to fulfill the Great Commission for its day.

Part Two: The Church in the Middle Ages A.D. 754–1517 traces the days of Charlemagne to the dawn of the Reformation. Popes and Emperors maneuvered for church power, bringing division into East and West, control by civil governments, and great wealth. The Crusades brought contact with the rich civilizations of the East. New ways of thinking swept in the Renaissance. Pagan culture mixed with Christian truth, resulting in new persecution from within and urgent cry for reform.

Part Three: The Reformation and Its Aftermath 1517–1648 observes the tremendous upheaval when brave men were transforming the spiritual Church into conformity with God’s inerrant Word, in deliberate departure from the traditions of men. We see Luther’s increasing conviction in Germany, then Zwingli, Calvin, and Farel in Switzerland—at great personal cost. We see the spreading flame of reformation come to France, the Netherlands, Scotland, and England, including incredible struggle for supremacy between popes, monarchs, and ideas. We see the rise of different Protestant denominations as men struggled to understand the clear teachings of Scripture.

In Part Four: The Church in the Modern Age 1648–present, we see the difficulty men have when given freedom to study the Scriptures, to avoid false doctrines springing out of pride and greed. Nevertheless, “our God reigns!”—there were Great Awakenings as the Holy Spirit revived true Christianity repeatedly and brought evangelical missions movements worldwide. Though it faces real challenges, the Church Triumphant continues to grow as a blessing to the world.

Millions of people, including Christians, struggle with an addiction. The Church must be sympathetic to this reality, and find ways to help. Addiction: Finding Freedom In Jesus is designed to offer the local Church some simple, and practical, suggestions to assist those suffering with a compulsive behavior which is harmful to their lives. While this work is not technical, nor is it exhaustive, it does offer hope to those who desperately need understanding, love, mercy, forgiveness, grace, and freedom.

The Great Tribulation: Rescuing Christians from Fear of the Future
Beginning in the summer of AD 66 war broke out in Jerusalem as individuals sought to be free from Roman bondage. From a human perspective this was a national revolt for freedom. From a divine perspective these were “days of vengeance” and the period of great tribulation prophesized by Christ as God disciplined Israel for executing the Messiah.

Chaos: A Closer Look at the Charismatic Movement

“Something, which can appear strange and unusual, is happening in many local churches in America, and throughout the world, on a regular basis. There is the utterance of unclear voices being heard and many are forced to ask, ‘What in the world is going on?’ Critics of the phenomena say simply enough that people are ‘acting weird’. They are working themselves up into an emotional frenzy and uttering meaningless gibberish. Others insist that people are being filled with the Holy Spirit and so are able to speak in tongues, or another language.” —from the Introduction 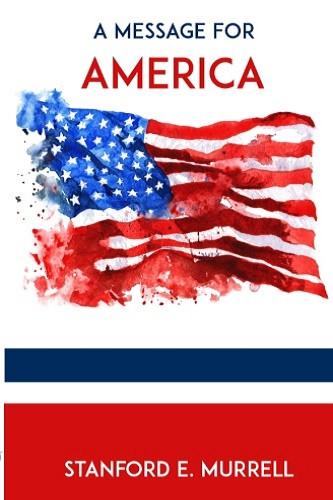 A Message for America

We live in a culture that readily dismisses the idea of patriotism and military strength. Combined this with the reality that a growing number of people are convinced the idea of pride in our nation and what it traditionally stands for is contrary to what the Bible teaches and good common decency. Both are a distortion of the truth. In this small work on patriotism, Stanford Murrell shares a collection of sermons, blogs, and thoughts on a number of topics from the military and national loyalty to American exceptionalism and the growing debt crisis, without glossing over the flaws of America’s past and present and, all the while, pointing out biblical truths each of us can discover that will help us live better lives, be better citizens, and foster a better country.

Discover vital truths that will be sure to shape your perspective about America and offer encouragement in a thought-provoking way. 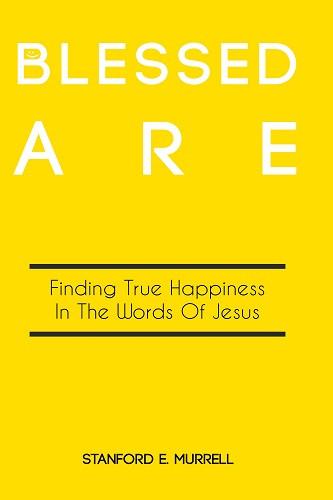 Blessed Are: Finding True Happiness In the Words of Jesus

­ People are inclined to search for happiness in the things of this world. Many chase after pursuits that are rooted in selfishness, which are doomed to fail and will ultimately lead to depression and destruction. But true, lasting happiness can only be found in obedience to the words of Jesus Christ. In his famous Sermon on the Mount, Jesus spells out a recipe for how to be rich spiritually and, by extension, happy. Jesus’ words make it abundantly clear how each one of us can find true joy if only we listen to, embrace, and follow the inimitable words of Jesus.

Here are 13 theologically sound lessons of key biblical concepts that every Christian should know in order to live a deeper, fuller, more satisfying life in Christ. If you want to know what the truly important truths are for new believers, or even vital points to develop a deeper Christian experience, here is your answer in an engaging and easy-to-read book.

Islam: A Challenge to the Christian Church

Is Islam a harbinger of truth and peace as world leaders and Muslim apologists insist, or is Islam a “religion in crisis”? To answer this question correctly, we would do well to listen to the teachings of Jesus who rightly pointed out that “by their fruits you will know them” (Matt. 7:20). In other words, fruit is the telltale sign of something real, because fruit doesn’t lie. Instead, fruit (or the kind of it) exposes the tree. “For a good tree does not bear bad fruit, nor does a bad tree bear good fruit. For every tree is known by its own fruit. For men do not gather figs from thorns, nor do they gather grapes from a bramble bush” (Luke 6:43–44). —from the Introduction

Redeeming Grace Ministries is the teaching ministry of Dr. Stanford E. Murrell, supplying the body of Christ with over 40 years of books, articles, sermons, and more to help you grow in grace, truth, and knowledge about the historic Christian faith.

You can explore Dr. Murrell’s collection of published writings by visiting his author page at Ichthus Publications.